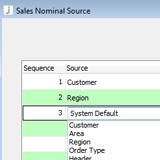 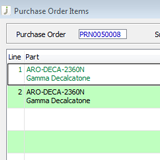 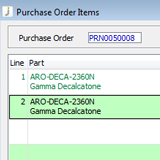 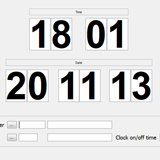 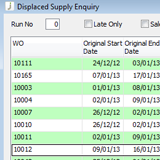 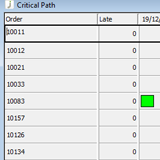 Automate the mundane & concentrate on the detail with 2014r1

The latest release of the JAVELIN MRP software contains many features designed to eliminate the more mundane manual tasks currently imposed in some areas of the system, allowing users to concentrate on the more important functions involved in running production.

Call Off POs
Create a “Call Off” purchase order against an agreed contract period / price.  MRP suggestions will be netted from these PO lines, creating new lines whilst keeping the total supply in balance

But it’s not all about the mundane – there are a number of enhancements to improve flexibility and functionality:

Batch Sensitive Lead Times
Lead times of WOs are now calculated using actual cycle times for the Batch Quantity coupled with an additional fixed element via Lead Time Groups which can then be varied manually to cover production bottlenecks
Issue Definition
Issue definition and the current issue of a part have now been separated as two distinct functions allowing reversion to previous issues and estimating / quoting future issues
Displaced WO Inquiry
This important scheduling inquiry has been further enhanced with added ranges for Run No, Late Only and Sales Issues (only show WO related to Sales Demand) along with access to MAP (MRP Action Plan) Demand to visualize what consequences the displacement may have
As usual these developments only form the core of the release.  For full details of how moving to JAVELIN 2014r1 can help you contact Andy Mills.