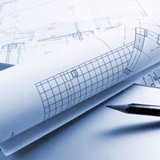 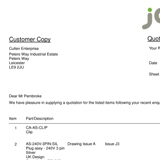 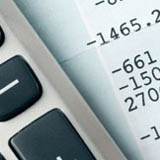 JAVELIN’s Estimating and Quotations function enables fully costed estimates to be generated for new and/or repeat work, taking into account a number of variable elements such as batch size. The potential profit from any future order can be calculated allowing the margin to be adjusted accordingly. In strong contract environments the estimated values can be used as a contract budget, allowing monitoring of cost build ups during the contract life.

Features at a glance:

Quoting.  Quotations can be produced either directly from estimates or manually. In addition, the original estimate information can be transferred automatically through to JAVELIN’s sales and production systems, avoiding unnecessary clerical effort and potential keying errors.

Material Descriptions.  Standard material descriptions and prices already stored in the parts database can be pulled into the estimate. New parts or materials can also be added directly into the estimate without prior entry into the  main parts database. Request for quotation against any new bought out items can be raized from within the estimate and subsequently converted to Purchase Orders should the contract be won.  JAVELIN’s Estimating and Quotation features provide simple search and retrieval of historical data and previous quotations.
Outwork Elements.  Separate labour, material and outwork  mark-ups can be applied along with any additional costs, such as special tooling or outwork elements.
Multiple Level BOM.  A single estimate can cater for multi-level Bill of Materials (BOM).  The entire structure can be recalculated at the touch of a button to reflect changes made by the customer.   All estimate data is initially held separately from the main production system in order to prevent unnecessary clutter of the live parts data.
Advanced Formula.  An advanced function enables user defined “synthetics” to be specified. This feature enables formulas to be set up, often driven by a set of defined choices allowing input of parameters such as speeds and feeds.
Customisable Documents.  The quotation document is fully customisable with the ability to add logos, images, define layout and add standard text such as terms and conditions.