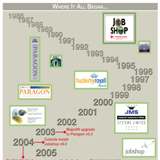 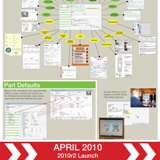 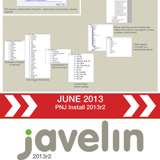 New and enhanced functionality in the forthcoming 2014 release of JAVELIN production control software is being unveiled at an event to be attended by around 70 customers from all over the UK.

And every step of JAVELIN’s evolution from its original DOS-based system in the 1980s through to its current state-of-the-art capabilities will be on display in a series of detailed, graphic wall charts.

This includes its recent ability to monitor stock in and out wirelessly, by gathering and transmitting it from hand-held devices such as scanners and tablets running terminal services.

At previous customer events JAVELIN undertook a structured series of presentations throughout the day. But this year’s event, at Bosworth Hall Hotel in Leicestershire, on November 6, is divided into three distinct parts: a display area showing how JAVELIN has evolved which highlights the new functionality in each release over the years; formal presentations, with guest speakers, including customers; and the opportunity to network and hold discussions with JAVELIN consultants.

General Manager Paul Holmes expects the display area to be a popular attraction, along with demonstrations of JAVELIN’s latest Shop Floor Data Capture and mobile functionality. “Having the wall charts feature JAVELIN’s development pictorially will show customers exactly where they are with their version of the software, and what additional functions are available to them in later releases.”