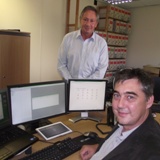 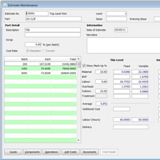 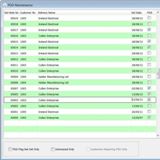 A major boon for manufacturers producing one-off items, and numerous efficiency and time-saving enhancements for all users, are provided in the latest release of the JAVELIN production control software.

JAVELIN 2012r2, from Vero Software, contains major new and enhanced functionality along with many smaller items “that make a lot of difference.”

Software Development Manager Steve Burrows says manufacturers are increasingly being asked for one-off, unique items that they only have to produce once. “JAVELIN’s Contract Control function now has the ability to set up a generic template holding a unique line item for bespoke parts. That same code, under an option called ‘Unique,’ can be constantly reused, meaning you don’t end up with thousands of redundant part numbers cluttering up the database. It allows effective control under just one generic part number.”

Sales Manager Keith Breadmore says JAVELIN 2012r2 contains a combination of new and enhanced functions that have been specifically asked for by customers and those devized by the software’s developers. One of the customer requests is the new Invoice EDI Export. “Electronic Data Interchange is becoming more popular, and a number of customers asked for the ability to export their invoices into an EDI format, so their own customers can read it and effectively pay them against it.” It uses Crystal Reporting templates, so the export can be defined to whatever format the customer requires. And invoices are batched for accurate regeneration and historic inquiries.

Amongst the other major new functionality:
•    With more customers needing to collect proof of delivery before they can despatch invoices, JAVELIN now contains a program to enter, view and chase Proof of Delivery information and Delivery Note status. The invoice cannot be raized while the PoD flag is still showing.
•    Cure dates are now recordable against incoming materials when items from suppliers are processed at Goods In. That cure date stays with the part during its time on the shop floor.

Enhancements include the estimating module using relevant price breaks from price books. Says Steve Burrows: “JAVELIN has always been able to hold price breaks within the price book feature, but until now that hasn’t been available for estimates. This enhancement makes it a much more accurate tool, especially for multiple level estimates.”

Part Mass Update: When information has been created on a spreadsheet, a mass import into JAVELIN overcomes the previous requirement of having to undertake updates record by record.
In addition, JAVELIN 2012r2 contains around 20 minor enhancements which Keith Breadmore says combine to make a lot of difference.

Included in this combination of minor enhancements:
•    Serial numbers can be entered rapidly using a barcode scanner
•   Goods Received Note labels have been customized with Crystal templates, giving a different label for each type of Purchase Order
•    There is an improved audit report for Works Orders suggestions
•    A Supply Versus Demand function now instantly shows the knock-on effect a late delivery from a supplier will have on the production process.

“This new release carries on the tradition of adding functionality that our customers have requested or our developers have created, while being simpler and easier to use. We’ve reviewed the screens as a manufacturer would be using them, to see how they had to jump from program to program. We’ve made as much information available as possible from just one program, so the operator can get on with their job instead of constantly clicking menu items.