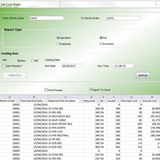 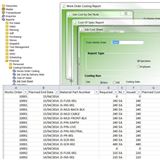 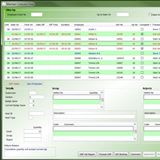 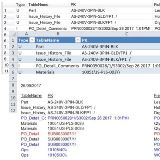 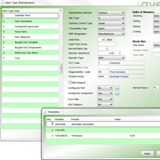 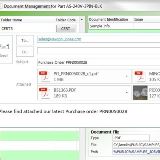 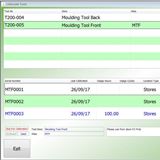 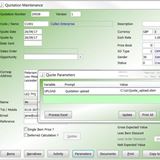 Directly exporting key reports into Excel is said to be the major highlight in the latest release of the JAVELIN production control system from Vero Software.

JAVELIN consultant Chris O’Mara says that previously, reports such as Costings and Valuation and Cost of Sales had to be imported into Excel via Crystal Reports. “But in JAVELIN 2018 R1, when you create reports that include the job cost sheet, cost of sales, stock valuation and work in progress, amongst others, there’s now the option to export them directly to Excel.”

He says with many customers being accounts driven, Excel is their “Go To” tool, and this new function is a faster and more flexible way of transferring information from JAVELIN.

“This is particularly useful for resolving hung bookings. For example, if an incorrect quantity has been booked in on the shopfloor, or an operator starts or ends a job which has already been checked as complete, a warning shows on the screen and highlights what the actual issue is.” He says manufacturers often face issues of incorrect quantities being booked, but this enhancement provides a quick and simple solution. “Just click on the WIP bookings, see who’s inputted it, and reopen operations to process the hung booking. You can run a validation report, and the WIP validation process to clear all hung bookings from the one screen.”

Continuing a process begun in 2017 R2, triggers are now available for capturing all movement of data. For example, if amendments are made to a Works Order, the trigger captures what has been altered, what the old and new values are, who carried it out, and the date and time. The function needs to be switched on by a JAVELIN consultant, and has now been extended to include Works Orders, materials, operations, Sales Order comments, Purchase Order comments, if a part is put on hold, and new drawings. “It’s a key element of being able to monitor the knock-on effect of changing the field, allowing you to view total system usage.”

The Item Type Defaults function does away with the need to re-key information. When a part is being created it can be given an item type, which defaults a number of key part fields. This has been extended in JAVELIN 2018 R1 to include store location, cure date, life category, configured part, and configured component. “We’ve also introduced variables and parameters which can be used for both configured and standard parts. It means a standard part can be created with these pre-loaded aspects, giving considerable time savings.

“These variables, parameters and attributes can also be brought into the system from a CSV file, allowing existing parts to be updated.”

A range of documents and drawings are attached to the Purchase Order email as it’s sent out. This includes CAD files, Excel files, Word documents and certifications. There is also a function in JAVELIN 2018 R1 which automatically identifies a customer’s specific contact to receive an invoice email, instead of it being sent to the person named on the Sales Order.

Overall, the system works with three types of cutting tool – tracked, consumable, and durable. Major enhancements give more control to the machine operator, meaning they no longer have to wait for a supervisor to issue tracked tools, which can now be assigned directly from Shop Floor Data Capture. Tracked tools differ from consumables (which are simply listed tools) in that they are monitored for cycle counts and calibration while being used.

And there is a new tool type in the latest release: known as Durable, which allows multiple quantities of the same tool to be generated. Chris O’Mara says: “Durable tools don’t have to be linked to Work Orders, and the system’s flexibility allows users to assign tools to different areas of the job process, such as employee and outwork, as well as the Work Order. JAVELIN records whichever area the tool is assigned to.”

In conclusion, he expects the most popular enhancement to be the ability to export key reports into Excel; in the same way that a feature was particularly well-received in the previous release, to create multiple lines in quotations showing how the estimate was arrived at. “That function allows the user to create estimates in two ways. If 100 lines are imported on a CSV file or spreadsheet it can automatically create 100 lines on the quotation and create 100 estimates. If the user clicks on an estimate it’ll show the costing, the material, the work center and labour time. Alternatively, the 100 lines can be imported without creating estimates. When any necessary changes have been made they can be uploaded with one click, and the system creates the estimates in one go.

“Customers tell us that’s their favourite piece of updated functionality in the previous release.”