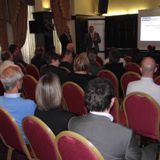 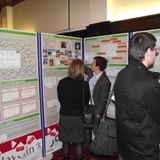 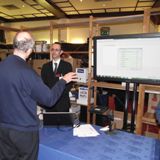 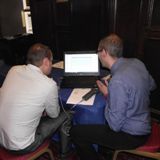 As well as being shown the new and enhanced functionality in JAVELIN 2014r1, manufacturers also saw how the production control software has developed release by release, at a new-style User Group.
Every step of JAVELIN’s evolution from its original DOS-based system in the 1980s through to its current state-of-the-art capabilities featured in a series of individual graphic wall charts.
General Manager Paul Holmes says: “The wall charts showed customers pictorially where they are with their version of the software and what additional functions are available for them in later releases than theirs.”
He says a number of users also discovered they were not using their own release to its full capability. “Many manufacturers, who’d come from all over the UK, said they’d learned about things they didn’t know their own release could do.”
Previous customer events comprized a series of presentations, but this year’s meeting was divided into three distinct parts: the pictorial display showing JAVELIN’s evolution; formal presentations, with guest speakers, including Julian Littleton, Group Finance Manager with customer OGM, who detailed how JAVELIN is an essential part of their plastic molding operation; and the opportunity to network and hold discussions with JAVELIN consultants.
“While JAVELIN has a real niche in the aerospace and automotive industries, it is becoming increasingly popular across all business sectors from electronics, through supermarket checkout furniture, to hydraulic equipment. We’ve even got a major High Street bank using JAVELIN for its system of distributing customer statements.”