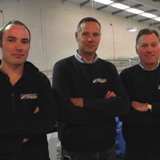 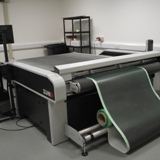 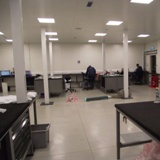 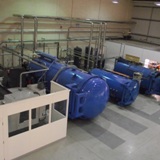 A leading motorsport manufacturer has updated its JAVELIN MRP and production control software as an essential part of its plan to expand into the aerospace industry.
Brick Kiln Composites produce components for Formula 1 and a sports car team, with around 50 of their parts on a car in each race, ranging from electrical trays to aerodynamic aids directing air past the vehicle.

“JAVELIN has the ability to grow with us, and is all set to play a major role in our future success. It can support a company with 500 staff just as easily as it does a company like us, currently with 20 employees.”

General Manager Ronnie Dean says: “We’re supplied with either a pattern or an aluminum mold tool. We make a carbon fibre mold, and produce the component from that, which normally consists of carbon skins with various cores inside. It’s then cured, trimmed and assembled.”
A recent move from Northamptonshire to 12,000 square foot premises in Oxfordshire, investment in two new machines and a major upgrade of their JAVELIN production control system, is the combined driving force behind a strategy of diversifying into new markets – in particular aerospace.
Their new Autoclave has aerospace specification and calibrated thermocouples. Along with a new 5-axis Haas vertical machining center, it joins their existing smaller Autoclave and Bridgeport 3-axis mill. Production Manager Nick Brew says “With its 2-metre diameter and 4-metre length, the new Autoclave can handle more throughput and larger-style aerospace parts.”
In order to fully embrace the aerospace ethos, Brick Kiln Composites upgraded their JAVELIN production control software, ensuring long-term planning capability. Explains Ronnie Dean: “Motor sport manufacturing is very much reacting quickly to an immediate need. But with aerospace we need to know what we’ll be doing in three, six, or even 12 months time, as opposed to just the next few days. Without JAVELIN we’d be struggling to do that.”
His introduction to JAVELIN came when he worked directly for a motorsport team, and he brought it to Brick Kiln after joining the company in 2005. The way they work is now structured around JAVELIN, bringing Lewis Earl off the shopfloor to use JAVELIN full-time in a newly-created role of production controller. Shop Floor Data Capture is used extensively throughout the manufacturing process, with terminals sited in seven departments, including clean room, inspection room and trim shop. Crystal Reports also prove invaluable in giving live updates on a component’s progress through the factory, especially for motorsport customers who have short lead times. “We often receive the mold tool in the morning and the customer wants the component the same day, so to be able to look confidently on a screen and see, for example, that the part has come out of the clean room and is now in the autoclave, is absolutely vital.”
With their biggest customer requiring quotations in a specific format, they currently bypass JAVELIN’s powerful quotation functionality, starting the JAVELIN process with Sales Orders. After the quote has been accepted a Purchase Order is raized, which in turn generates a Sales Order and Works Order. “We generally work a week in advance, so the Works Orders stay with the job until it goes out,” says Ronnie Dean. With the Works Order being a core element of JAVELIN, it controls the progress of work through the entire process, with a full set of monitoring and tracking routines ensuring complete visibility of work in progress.
Another massive plus for them is how JAVELIN has improved their invoicing system, along with the overall traceability it provides. He says: “Invoices are sent from the Group’s head office in Wantage, and used to be typed out by hand. Now they’re generated automatically in JAVELIN, which means they’re error-free.”
And Nick Brew says any query about delivered parts is quickly resolved. “As soon as we need to find something we can trace it extremely quickly with JAVELIN. And we’re able to look back and see what materials went into everything, who made it and when it was made. This full traceability will become even more important as we diversify into aerospace manufacturing.”
With meeting motorsport’s needs for new and replacement components on quick turnaround times, alongside the more planned requirements of aerospace customers, they expect JAVELIN’s powerful scheduling system to really come into its own.  With ‘What if?’ finite and infinite integral scheduling capabilities, the same work load can be tested using various scenarios and manufacturing rules, and the results compared either graphically or tabular. Based on Brick Kiln Composites’ own factory model the system provides the key to minimizing Work-In-Progress, cutting lead times and improving delivery performance, as well as reducing costs.
Ronnie Dean concludes: “JAVELIN has the ability to grow with us, and is all set to play a major role in our future success. It can support a company with 500 staff just as easily as it does a company like us, currently with 20 employees.”

“JAVELIN has the ability to grow with us, and is all set to play a major role in our future success. It can support a company with 500 staff just as easily as it does a company like us, currently with 20 employees.”
Ronnie Dean, General Manager