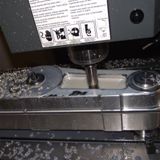 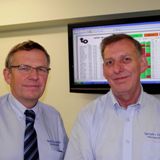 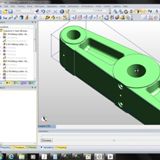 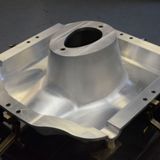 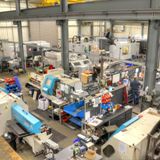 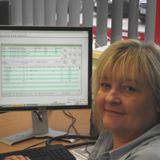 “Turn Off JAVELIN – Turn Off The Business”

Recent reverse engineering work on a blow-molding arm is an example of how EDGECAM helped them achieve what Managing Director Clive Odell described as the peak of modern engineering. “The arm is machined from solid aluminum and is a replacement for a casting. We produced it cheaper and quicker than the casting, and it has perfect integrity with no flaws.”
But he says that with this excellence in engineering, comes the need for additional sophistication in production control. “Although we upgraded our MRP system in 2008 and have run scheduling software for two years, the systems didn’t communicate, meaning information had to be manually transferred between the two.”
After extensive research they installed the JAVELIN system from Vero Software, which he says quickly became the backbone of their operation. “JAVELIN runs our whole business – turn off JAVELIN and you turn off the business. We use it for everything from estimating to invoicing as well as monitoring – every single person in the company has fully embraced it from the simplest level with route cards, through to the most complicated procedures, and all within our four month target.”
Having set up a steering group to oversee its implementation, he is not surprized by that. “But I am surprized that some manufacturers aren’t using it to its full capacity even after a year. We were told we’d set ourselves an extremely ambitious challenge, but we invested heavily in the system and wanted to use it comprehensively as soon as possible.”
They have adopted Estimating and Quotations to its fullest extent. Quotations are produced either directly from estimates or manually. The original estimate information can be transferred to JAVELIN’s sales and production systems, avoiding unnecessary clerical work and potential keying errors. The system also generates fully costed estimates for new and repeat work, taking variables such as batch sizes into account.
Several staff at the Northamptonshire-based company are trained to input Sales Orders, covering everything from order entry through to picking, despatch and invoicing. A delivery date can be predicted using data about available capacity. JAVELIN also accepts orders by Electronic Data Interchange, minimizing delays and eliminating keying errors.
Company buyer Debbie Kerswill had no experience of Material Requirements Planning until JAVELIN. “While MRP is just a recommendation and needs understanding, it does help to give precise control of stock, addressing all demand, including minimum stock levels.” JAVELIN incorporates a powerful MRP Action Plan, showing all links in the demand structure, and enables any recommended action to be interrogated and verified on a number of levels.
Debbie Kerswill is also responsible for working with JAVELIN’s comprehensive Purchase Order tools, which were trialled to find the optimum way of raising them. JAVELIN readily generates full documentation, maintaining complete traceabilty.
Clive Odell says the Works Orders function is both important and exciting for the company. “In our old system we couldn’t create a works order or purchase order until the sales order had been set up. Because JAVELIN is much more flexible than that we can raize a works order and tie it in with the sales order later.” This core element of JAVELIN controls the progress of work through the manufacturing facility, with full documentation including routing sheet, operation tickets, kit lists, tooling lists, finished goods transfer notes, stock check lists and sub-contract documentation.
And he says the fact that the graphical planning board in Scheduling allows each job’s progress to be monitored in real time is a “massive benefit.” The scheduling output can be fine-tuned and Work-To lists produced instantly without running a complete schedule.
Shop Floor Data Capture provides the office team with accurate Work-in-Progress and costing information, while minimizing administrative input and clerical errors. Activity data is input using bar codes and touch screens at all stages of the production process. It recently helped Clive Odell to see at a glance non-productive time such as training, machine maintenance, machine cleaning, stores, and waiting for inspection.
Materials Control is another key element which Turnell & Odell use to its full extent. “This shows us stored materials and components. Previously, if we split batches or put parts in stock, the old system couldn’t tell which batches they were from, but JAVELIN gives full traceability for quality and costing.” And the Costing function determines individual job costs, showing both actual and estimated figures.
He says that as a long established engineering sub-contractor they have seen the industry become considerably more sophisticated, and the right software means they are in complete control of every job. “JAVELIN is the absolute heart of the business, ensuring we’re producing the right parts for the right people, at the right time, and at the right price, making money.”

“JAVELIN is the absolute heart of the business, ensuring we’re producing the right parts for the right people, at the right time, and at the right price, making money.”
Clive Odell, Managing Director