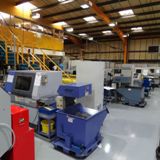 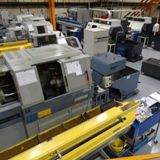 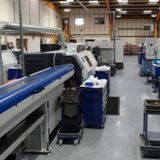 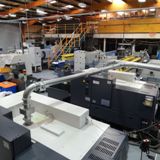 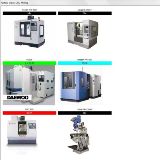 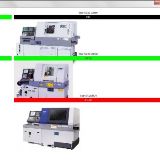 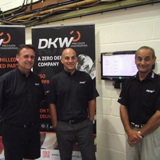 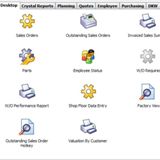 A leading south coast precision engineering subcontractor has increased its profits thanks to a combination of continued investment in plant and support systems. JAVELIN production control software has considerably improved efficiency throughout the entire company.

“In conjunction with considerable capital investment in plant and equipment, JAVELIN has made a substantial difference to our bottom line, adding several percentage points to our profit margin.”

While many aspects of JAVELIN’s functionality are vital for the smooth running of Portsmouth-based DKW, the powerful Scheduling and Shop Floor Data Capture are particularly important for keeping the management team abreast of exactly what is happening at any given moment.

Having linked each of their 26 CNC machines to JAVELIN as individual work centers, Business Development Manager Karl Iacobucci says management and supervisors can constantly see up-to-the-minute information about whether machines are running, idle or behind schedule on a job. They are also planning to project a large, live image of the Factory View screen on to the shopfloor wall to present a real time overview of production to all personnel.

And running the powerful scheduling tool several times a day ensures every Works Order appears instantly on the Work-To list, giving them total control over every aspect of the business.

Before upgrading to JAVELIN 2013 R1 and then JAVELIN 2014 R1 DKW Engineering used its forerunner, Jobshop. Managing Director Nick Iacobucci says: “Jobshop was state-of-the-art when we installed it almost 15 years ago, but we hadn’t strictly kept up with each new release, so decided to invest in the latest version.” The substantial upgrade took place at the same time as DKW overhauled their entire I.T. hardware and software system with new computers and servers.

“I can say quite categorically JAVELIN has made a major difference by giving us much more control over our processes than we had 12 months ago. With the old system there was a possibility we could have a machine sitting idle with a job loaded, because we hadn’t allocated any material for it. With JAVELIN that doesn’t happen. It’s improved our output and productivity considerably as it’s linked to every single manufacturing operation, even down to cleaning the machines.”

DKW’s JAVELIN journey starts on each job with Estimating and Quotations, creating a method of manufacture and bill of materials. After running the costing engine JAVELIN produces an estimate for a single part or multi-level part. Those estimates are then linked to a quotation which is sent to the customer. This has slashed time taken to process an inquiry for a single part by around 75 per cent. “So when we handle several inquiries for multi-level parts and different quantities it gives us significant time savings.”

A Sales Order is created for every Purchase Order they receive, comprising line items for each part. “If we’ve manufactured that part before it’s simply a case of loading it and raising a Works Order from it. If it’s a new part we just quick-load from an estimate or quotation, and set up the Works Order in the same way. And it shows on the schedule immediately – it’s a very slick operation.”

Traceability through the Works Order is particularly important. “A WO is created for every part we manufacture and shows exactly how we made it, providing historical evidence for our customers. Shop Floor Data Capture means every operation has times, personnel and work centers attributed to it, so we can review who did what and when.”

When used in conjunction with the Costings function they have all the information they need to remain profitable. “We review how long every job takes us against the planned time, whether they’re new or repeat, even if we’ve been doing it for 45 years. And data from SFDC shows actual costings against planned costings.”

The MRP function provides precise control of supply operations, looking at all demand, including minimum stock levels. Parts are monitored against normal lead times to generate action dates for each suggestion, and it addresses demand for components and materials generated from sales forecasts.

DKW have recently started linking drawings and CAD files to part numbers and automatically printing them, along with full data and specifications, with Works Orders. “It means there’s no chance of error, and as they’re linked to the issue status of the part, the correct issue drawing is always presented. Personnel can also view the drawings against part numbers on their SFDC terminals and any JAVELIN pc.

As well as providing greater control over administration and manufacturing systems, JAVELIN is described by Operations and Quality Manager Steven Mingay as being 100 per cent critical to quality control. “Whether an issue originates in-house, from a customer or a sub-contractor I can easily and quickly identify it via the codes created in JAVELIN and put preventive measures in place. Without JAVELIN it would be a nightmare, having to pull information from a variety of spreadsheets covering different aspects. But now it’s fingertip control.”

Concluding, Nick Iacobucci says since upgrading to 2013 R1 and then 2014 R1 in conjunction with considerable capital investment in plant and equipment, JAVELIN has made a substantial difference to their bottom line, adding several percentage points to their profit margin.

“In conjunction with considerable capital investment in plant and equipment, JAVELIN has made a substantial difference to our bottom line, adding several percentage points to our profit margin.”