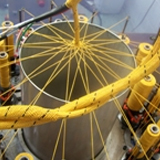 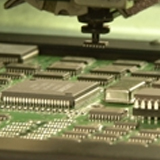 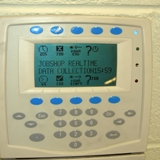 Of the 96 people employed, about 65 are on the shopfloor and the business is split roughly in half in terms of value of products, although more of the shopfloor is given over to harness production as it is far more labour intensive. Harnesses vary from 10 wires up to 100 wires, while PCB production involves surface mount and through-hole assembly on double and single sided boards including highly complex, high density designs in low to mid volumes. “We go for boards that require the skill levels we have within the company and where quality is an important factor, such as medical products where strict FDA approvals have to be attained, or products that fall in the mid volume range with varying degrees of complexity,” explains engineering manager, Jackie Beresford.
Locally, the company provides PCB production support for audio/broadcast equipment specialists and professional recording studio equipment suppliers, security key pad systems and CCTV manufacturers, as well as boards for defibrillators for the medical device sector. Another medical customer in Wales is using Elite Electronic Systems’ expertize for its research and development of a nerve stimulation product to alleviate medical conditions such as depression. Recently, the company has been producing boards for a customer that supplies very realistic electronic resuscitation manikins that are used to teach people how to revive a cardiac arrest victim.

Jackie Beresford says: “We also do a lot of work in the power generation sector, from several hundred straightforward harnesses shipped every week to complete control panel production. We offer our customers flexibility: many of them have a standard product, but they also want variations that are bespoke to certain markets. Because we have the flexibility we can provide the different variants they require with very little hassle.”

This level of flexibility pushed the company’s previous manufacturing control software beyond its limits, a problem that Jackie Beresford had to address. “We drew up a list of what we required from a replacement system, and it had to include a very powerful MRP system that was flexible enough to match our requirements because we can’t afford to be ‘rigid’ in anything we do. For our re-order levels we run a kanban system for certain codes, operate min/max for other codes while some are controlled by the MRP system dependant on the orders received, and we needed a system that could easily deal with all these scenarios.”
“Jobshop quickly became the preferred system. We visited the company and were impressed with what we saw. One of the strongest features for us was the fact that we could create our own reports. Other packages needed the software supplier to create bespoke reports. Because Jobshop works with Crystal you can pretty much design what you want. It allows us to get the information out of the system in a report format that we want for the engineering and management teams.”
Jobshop went live at Elite Electronic Systems in January 2004, following all the background work of importing the existing bill of material data, with the help of Planit. “We had a heavy parts list and it was important not to have to re-key all that information again,” says Jackie Beresford. “It also provided the ideal opportunity to do a complete stock count so that we started for a very accurate point.”
Elite uses Jobshop’s powerful Sales EDI (Electronic Data Interchange) module to take weekly spreadsheet orders from customers and feed them directly into the system; from here the company generates the works orders for the shopfloor. Every day it receives changes to the order with fluctuations on delivery dates and quantities “Our flexibility is vital to meeting the customer’s demands. We have had to produce parts to try to avoid stopping the production line. In fact, if the customer informs us in the morning that there is a line stop, we can generally get parts in for the nightshift.”
The company’s desire to support its customers is highlighted by the fact that three years ago it established a 30,000 Sq ft facility in South Carolina to provide local support for an existing customers manufacturing facility in Newberry. “We bought a building and refurbished it as a production facility because the customer required a supplier in close proximity to react to changes in the schedule quickly. Although we don’t design our own products we do create the documentation that the shopfloor uses, so the documentation for the States is controlled from here,” Jackie Beresford says.
With 33 seats of Jobshop on site the software controls everything from point of order through to invoice, although Elite Electronic Systems installed it in two phases. The first step was to get Jobshop running to replace the old system so that production could keep running, before improving the purchasing function. Phase two was the other element of Jobshop that the company was keen to embrace, shopfloor data capture.
As a positive incentive to get customers’ parts finished as efficiently as possible, the company operates a piece-part bonus pay structure. However, as Jackie Beresford explains: “It took about one year to roll the data capture out to the whole of the shopfloor, due to the variety of the work undertaken. That said, it has proven to work very well and we now export the information to Excel to calculate the bonus payments required. It also provides a good starting point for costing new work, as well as highlighting opportunities for the cost savings demanded by customers.”
Data is collected from wall mounted units throughout the shopfloor. The operator swipes an ID bar code, keys in the works order number and the system records the job as started. When it is complete the process is repeated and the system requests the quantity and logs the job as finished.
AutoCAD is used to produce 2D drawings for the harness build, while PCB documentation is done in Word because it is a relatively simple set of instructions. Within Jobshop the Document View Manager allows the user to view related documents, as well as photographic support. “For example,” Jackie Beresford says, “we could have two different connectors with similar parts numbers and it could be easy to mix them up, so images of the parts are on file in Jobshop. When they are checked at good inwards, these images can confirm which part it actually is. We are now adding images of the metal enclosure panels as well because the variations can be small.”
Jackie Beresford says the company certainly puts Jobshop through its paces and points out that it hasn’t failed yet. “We don’t use the full potential of the software and I don’t think we will ever outgrow it. We decided to install it in the American facility to keep commonality and because our staff preferred the software. Planit has done a lot of bespoke work to ensure that Jobshop works with the US taxation system,” she says.
Elite have also recently upgraded their Jobshop system to the latest version in both their Irish and US facilities. The upgrade has enabled Elite to continue to develop their businesses, safe in the knowledge that Jobshop will support that growth. Jobshop’s compatibility with Microsoft Vista® means they have been able to update with hardware that comes pre-installed with the new operating system.
“If we need to do something unusual or have a problem, the Jobshop support desk is very good, they will do everything they can to resolve any issues,” concludes Jackie Beresford. “With regard to data collection we have asked for some strange things unique to us and they have always delivered.”